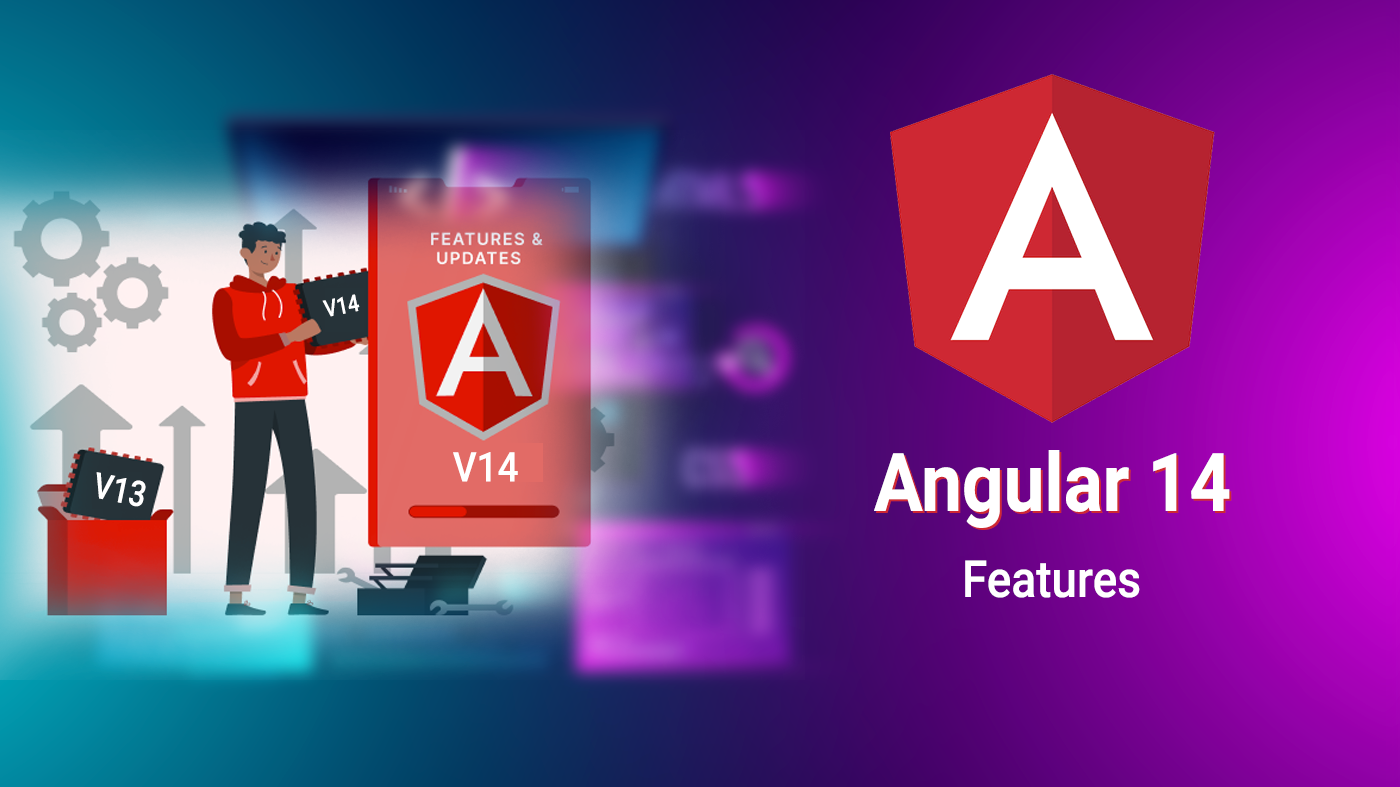 Angular 14: All the Important Updates and Key Features

Angular is a popular open source and typescript web application framework. It is used widely by top-notch web developers for frontend app development. Most web developers opt for Angular, led by the Angular team at Google. Recently, it has created a buzz as its latest version was introduced in the market-Angular 14.

Angular 14 is the latest version that has improved its existing functionalities and simplifies the Angular app development services.

Standalone components make authoring Angular applications easier because they minimize the need for NgModules. Standalone components were introduced in Angular version 14, and are now ready to be used in your apps during development and exploration. However, there is no guarantee that the API will remain stable or backward compatible.

The standalone: true flag for standalone components, directives, and pipes enables you to include imports directly in your @Component() without using a @NgModule ().

The latest version of Angular 14 allows developers to overcome one of the most trending issues - implementing strict typing for the Angular Reactive Forms Package.

Typed forms ensure that values within form controls, groups, and arrays are type-safe across the entire API surface. This enables safer forms in all scenarios—especially when working with complicated nested data structures.

Typed forms were built based on public requests for comment and design review feedback from Angular community contributors. With updated schematics available, it's easier to gradually migrate to typed input by updating your current inputs over time while maintaining full backward compatibility.

New diagnostics will help developers to gain a better understanding of the code and how to improve it. By offering an opportunity which parts are required to overview the templates that might require more improvements.

New diagnostics are available to help provide you with a more comprehensive diagnostic framework - this way when there is a compilation warning or error, you will know exactly what it means and how to correct it. Plus, if there is any type of bug in your template code (e.g., if something isn't working), then the diagnostic will catch that tool.

Yet another useful best practice is to make sure that your application's page titles are well-communicating. Using the new Route. title attribute in the Angular Router in v13.2 makes it easy - adding a title only requires one import and it is also statically typed.

Angular 14 introduces some noteworthy features. First, it can now target ES2020 by default—meaning the Angular CLI is shipping smaller code without down-leveling. Also, New Typescript 4.7 releases are supported by Angular 14.

Also, there are three additional features worth highlighting in Angular 14.

In Angular, you can now bind protected component members directly from your templates. It gives you greater control over the public API surface of your reusable components.

A user contribution ended one of our top issues and NgModel changes were reflected in the UI for OnPush components.

This new standardized CLI argument parsing leads to a more consistent Angular CLI. Now, all flags are formatted using -lower-skewer-case syntax. In version 14 of the Angular CLI, deprecated camel case support has been removed and users can also use combined aliases of flags if preferred.

Angular 14 has made it easy to avoid mistakes in the command line. Every time you run into an error or typo, just think about how much easier your life would be if Angular had solved these problems before they got out of hand.

Now developers don't have to worry about typing out long command because Angular 14 introduced a real-time type-ahead autocomplete feature—to make sure all its users know this great update, the CLI automatically prompts you to turn on autocomplete when executing any commands inside Angle 14 for the first time.

The CLI’s analytics command will allow you to determine what metrics are tracked or disable tracking entirely. Developers can also generate reports using this tool, which will provide the engineering team with data pertaining to how we prioritize feature requests.

ng cache is a command-line interface tool for controlling and printing cache information. Developers can enable, disable, or delete things from the memory of ng cache, and print statistics and information about what it contains.

In Angular, developers can bind protected component members directly from your templates. This gives more control over the public API surface of your reusable components.

New primitives in the Angular CDK

Component Test Harnesses continue to provide an easy way to write better tests for your components.

Angular DevTools is available in Firefox and offline

The Angular DevTools debugging extension now has offline support. The browser extension can be found on Add-ons for Mozilla Firefox.

Angular 14 is the latest version that simplifies the Angular web app development process. In this blog, we have listed the new features that everyone should know for the development process. If you are planning to hire angular developer, then make sure you as a coder should have in-depth knowledge about the Angular web development services along with this, should get updated with the latest releases that ensure to stay ahead in the competitive edge.

Are you looking to hire an angular developer to upgrade your application from Angular 13 to Angular 14?

We provide a FREE CONSULTATION for 60 minutes!

Allow all cookies
We use cookies on our website to give you the most relevant experience by remembering your preferences and repeat visits. By clicking “Accept All”, you consent to the use of ALL the cookies. However, you may visit "Cookie Settings" to provide a controlled consent.
Cookie SettingsAccept All
Manage consent