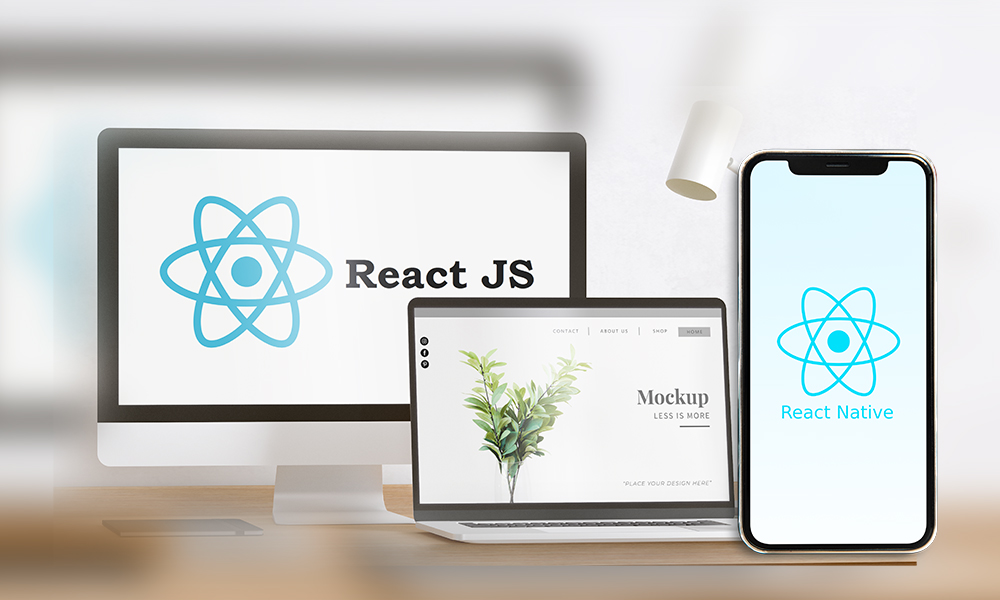 React code is made of components called entities which provides a node-like structure independent, cross-platform application structure. DOM (Developmental Framework) allows the programmers to access the tree and change its structure.

Some of the main features of React Native mobile app development that provides it with a notch over other languages are as follows:

The key feature differentiating the applications and websites using Native JS over others is the platform-specific code generated. When one uses ReactJS to run a program over a platform, it generates the correct codes depending on the platform which facilitates the framework.

Since the code present in ReactJS is Java Script, it is easier to write code for an application over it. It is a simple front-end development that enables non-programmers to create an application without much effort. All the user needs to be familiar with JavaScript, a platform-specific design, platform APIs and native UI elements.

The reusability and ease of operations help the non-programmers to grasp these concepts with ease.

React Native does not use HTML for the application. On the other hand, it provides alternative components with the help of native iOS or Android UI to get rendered in the application.

The code here does not get translated into the HTML page, so we would not use HTML, SVG or Canvas.

React Native app development is not made for web elements; thus, it becomes futile to style it. Some of which can only be accomplished through CSS.

● Ready to use UI library:

Since pre-defined component libraries already exist in React Native, it provides a smooth and better experience with the UI interface. In other platforms, a user needs to create these libraries from scratch. These libraries are namely are- Shoutem, Nativebase and Expo.

ReactJS app development is also known as React JavaScript, or react, defined as a library of JavaScript which supports a front-end server. It is used to create a simple, reusable and interactive UI (User Interface). It has a component-based architecture and highly responsive UI with a minimal coding platform.

It has a lightweight view library that supports UI components and helps other technologies and tools providing it with a better architecture. Developed in 2011, it has now become a popular choice among budding developers.

Some of the main features of ReactJS includes -

Using the Document Object Model, ReactJS can load websites and applications quickly. Using the feature of the memory reconciliation algorithm can replicate the application in the virtual memory. With every modification made in the web application, the virtual ROM brings about a change in the whole virtual memory. Changes are not made throughout the document but only brought about by the components in which the change is made.

It makes the whole procedure quicker and more cost-effective.

● Architecture based on its component:

It provides a component-based architecture along with the reusability of the code, saving over a lot of time for the developers working on it. It distributes the user-based architecture into smaller chunks and converts it into reusable microsystems.

It provides a wide range of third-party tools, including IDEs, libraries, extensions, code editors, and browsers. It helps make ReactJS one of the most potent tools for innovative applications and websites.

One of the most striking features of ReactJS is its one-way data binding. Allowing only unidirectional data flow restricts the developers from directly editing any component and relying on the call-back function.

ReactJS uses Flux, a JavaScript-based app architecture, to control the data flow and provide better control over the application and increase its flexibility and efficiency by many folds.

Some significant differences between ReactJS and React Native

Even though both of these tools are similar in several aspects, every tool has a unique feature that makes it different, some of the differences between both of them are as follows-

Both of the tools, ReactJS and ReactNative app development, come with their own set of advantages largely dependent on the user. Depending on the platform requirement and ready availability, both these tools can primarily aid people in starting with front-end programming.

Allow all cookies
We use cookies on our website to give you the most relevant experience by remembering your preferences and repeat visits. By clicking “Accept All”, you consent to the use of ALL the cookies. However, you may visit "Cookie Settings" to provide a controlled consent.
Cookie SettingsAccept All
Manage consent