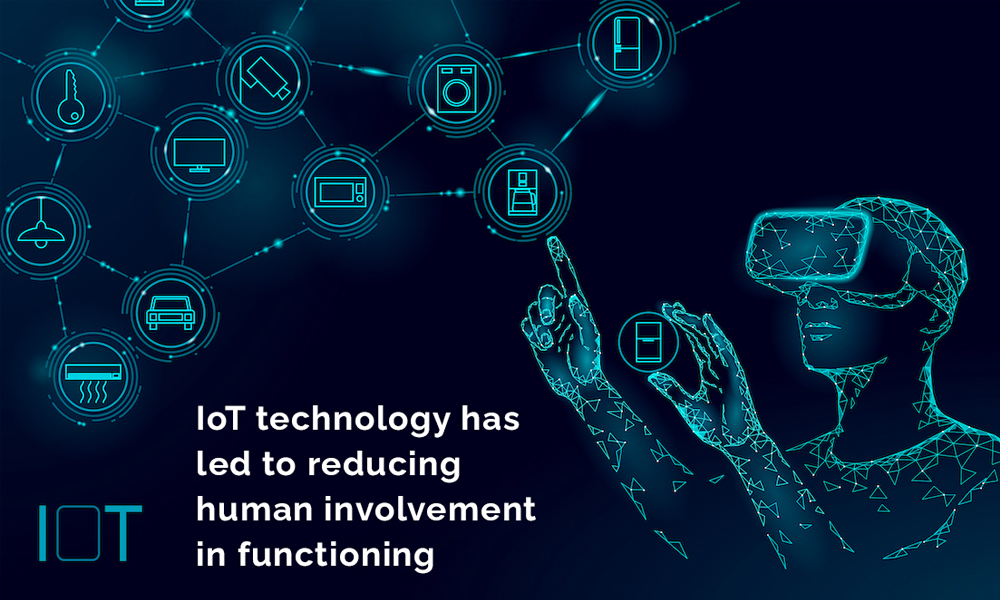 Information technology and business are becoming inextricably interwoven. I don’t think anybody can talk meaningfully about one without talking about the other. -Bill Gates

Also known as the Internet of Things, IoT is a neoteric technology that has come far from its nascent stage. The technology is raising the bar among developers, programmers, software development companies to a lot of extent. The newfangled technology is introducing the concept of Smart homes worldwide.

Internet OF things technology is nothing but the connectivity of varied objects. Internet connection plays an important role in connecting different things using IoT technology. Let us take an example: Accessing your AC is like a cakewalk using IoT app by sitting anywhere. With an increasing pace of IoT gadgets, it would not be wrong to say that technology is a need of the hour to make people’s life easy.

Apart from smart homes, IoT technology is spreading its wings in the industrial sector to enhance the efficacy of the company’s staff and in mushrooming the profitability.

One of the best advantages of this cutting-edge technology is that the gadgets are highly secured on the network of devices. With each passing day, cybersecurity professionals focus on enhancing the security of IoT gadgets, which enables users to make use of device hassle-free. The most important part of using such devices is the privacy of users. Professionals keep working on the security part of apps so that the privacy of the user is not affected. Right from the people to industries, the internet of things plays an important role.

2. IoT technology has led to reducing human involvement in functioning:

Another impact of IoT on mobile app development is that it decreases the requirement of humans to a lot of extent. For operating IoT, there are myriad applications that work as a single system that controls everything. Mobile gadgets embedded with IoT technology enables you to keep a tab on the location of a cab, switch on electricity equipment with ease, monitor security camera by sitting anywhere, etc. This high-end, state-of-the-art technology reduces the time and efforts of users as well as programmers. A high-functionality gadget can control everything. The icing on cake is that the technology also aims at decreasing the effort of programmers while designing the app.

3. IoT leads to centralization of application:

Internet of things technology comes with multifarious probabilities for offering remarkable services in the software market worldwide. The graph of designing and developing IoT is heightening at the lightning-fast speed around the globe.

The technology work towards creating a centralized system for the users to supervise multitudinous gadgets with ease. This leads to tweaking the entire management procedure and cost-efficiency for the IoT users and application programmers. Using a feature-rich and impressive UX/UI is essential to grab the eyeballs of IoT app users.

Well, the above post will give you an insight into the IoT as a future of mobile app development in the software sector. The technology offers high-class innovations for industries and smart home to make the world a better place to live.

The technology also helps the business owners, QA, programmers, and other relevant professionals to take their business to the next level. We can see many gadgets embedded with IoT, arriving in the software world. In short, we can say that the internet of things is a revolutionary technology to consider for the future.

Let’s create a measurable impact on your business.

LET’S TALK AND GET STARTED

We love to hear the ideas of startups and flawlessly carry them out to establish them as a Brand.

We provide a FREE CONSULTATION for 60 minutes!

We use cookies on our website to give you the most relevant experience by remembering your preferences and repeat visits. By clicking “Accept”, you consent to the use of ALL the cookies.
Do not sell my personal information.
Cookie SettingsAccept
Manage consent